A Tribute To A Legend

Nothing makes a tribute concert more memorable than the right combination of distinguished talent bringing the performance to life. Since Bob Dylan has recently been awarded the ‘Presidential Medal of Freedom’, the highest honour an American citizen can be granted, having the best Australian talent perform the magic that he has created over many decades goes without saying. 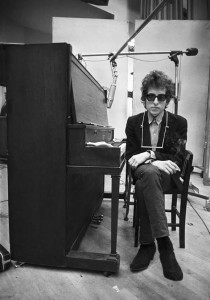 Australia’s Eskimo Joe has been a household name since the band released their first Album, ‘Girl’, in 2001 after a couple of very successful EP’s including their hit single ‘Turn Up Your Stereo”. We’re is thrilled to have the group’s front man and songwriter, Kav Temperley, be part of this unforgettable concert. The group shot to international stardom with the release of album, ‘Black Fingernails, Red Wine’, which saw them tour Europe and the USA.

Another one of Australia’s home grown talents to be part of the line up is the esteemed singer/songwriter, Josh Pike. Like Bob Dylan, Josh’s unique music tells stories which have made it difficult to slot him in just any genre but rather create one of his own.

Singer/Songwriter, Kevin Mitchell, who has grown up in the musical spotlight will also be joining the stellar acts. Kevin formed Australian band, ‘Jebediah’, at only 16 years old. The band went on to dominate TV and radio with their unique sound.  Despite all the success Jebediah has brought for Kevin, he also launched a successful solo career.

Don’t think it will just be male talent dominating the evening, Bob Dylan Night proudly presents Sydney artist, Holly Throsby. Holly has released five solo albums and has been nominated for four ARIA awards. She has toured Australia as well as internationally mainly with her band, ‘The Hello Tigers.’ Holly has also toured with the likes of Paul Kelly, Jose Gonzalez and the Handsome Family to name a few.

Well it wouldn’t be an Australian concert if ‘The Grates’ front woman weren’t playing her part. Patience Hodgson is loved by many, and is known to put on quite a stage show for her countless fans. The stage isn’t the only place where’ you’ll see Patience, as she seems to feature on the covers of many Australian magazines and newspapers. The ARIA nominee helps to complete the group that will create this not-to-be-missed event!

Don’t forget you can vote for the Bob Dylan songs you’d like to hear! For tickets please click here