There’s only a short time to go until some of Australia’s most talented musicians come together for the hugely anticipated event – Bob Dylan Night.

Making his mark on generation after generation, the master of songwriting has left his devoted fans with over 47 albums of varying sound and genre. Bob Dylan Night is an opportunity to reminisce in the music that has become familiar to all of us. 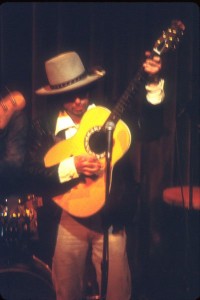 Often photographed hard at work behind his typewriter his dedication has certainly inspired the young musicians of today. The exciting part of Bob Dylan Night is the chance you all have to pick and choose which songs you’d like to hear at the event.

With a collection of 500 songs, voting for your favourites will be an event in itself leaving Bob Dylan Night’s stellar line up to bring them all together.

If you haven’t had the chance to see a line up of Australia’s most respected musicians all under the same roof, performing the music of a true legend, then Bob Dylan Night is your perfect opportunity. That being said, if you’re a die hard Bob Dylan fan then this event is not to be missed, who wouldn’t want to join in on the fun of a Bob Dylan 50th Anniversary Concert.

The Sound Of Swing

When was the last time you experienced the wonders of an 18-piece orchestra featuring an abundance of first-class instruments combined with the undeniable talent of those who have been the pinnacle of the international world of jazz for decades? Get ready for the long-awaited return of the legendary Count Basie Orchestra as it makes its way to Australian shores in October 2012. 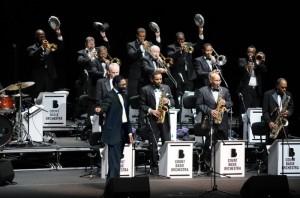 Founder of the orchestra was American Jazz pianist, organist bandleader and composer, William ‘Count’ Basie. Being taught piano by his mother and performing by his teens, the ripe age of 16 saw him playing jazz piano at parties, resorts and beyond. 1924 was the year Count Basie experienced the musicians of Harlem, hitting the jazz scene with the likes of Willie ‘the lion’ Smith and James P. Johnson.

It was in the early 1930s that Count Basie formed his own orchestra with their first recording being in Chicago. Leading the group for almost 50 years Count Basie introduced generation after generation to the ‘big band’ sound. For many decades, The Count Basie Orchestra has been bringing the sound of swing alive, from Billie Holiday to Bing Crosby, Frank Sinatra to Nat King Cole, Sarah Vaughan to Ella Fitzgerald and Tony Bennett to Sammy Davis Jnr.

For music and jazz lovers this once-in-a-lifetime event is not to be missed! If you would love to marvel in the presence of one of the world’s most influential ‘big band’ orchestras then a night out with the Count Basie Orchestra won’t be matched.