They said it wasn’t possible. Not even the Beatles, after all, attempted to perform their classic self-titled double album live on stage. But in the winter of 2009, to celebrate its 40th anniversary, four of our greatest rock’n’roll showmen left a trail of standing ovations and ecstatic reviews when The White Album Concert sold out 11 theatres in six cities across Australia.

The Beatles’ most challenging and stylistically varied collection of songs was taken apart and reassembled track by track by four singers at the peak of their powers — Tim Rogers, Josh Pyke, Chris Cheney and Phil Jamieson — and an 18-piece rock orchestra comprising some of the most accomplished session players in the country.

From the soaring rock of Back In the USSR and While My Guitar Gently Weeps to the acoustic tenderness of Blackbird and Dear Prudence; from the psychedelic comedown of Glass Onion and exuberance of Revolution and Ob-La-Di Ob-La-Da, the strange and thrilling feeling of history in the making was hard to resist.

Critics were united in superlatives for the four fiery lead performers, the orchestra’s daring execution of death defying arrangements and, as always, a catalogue of songs that time will never diminish. 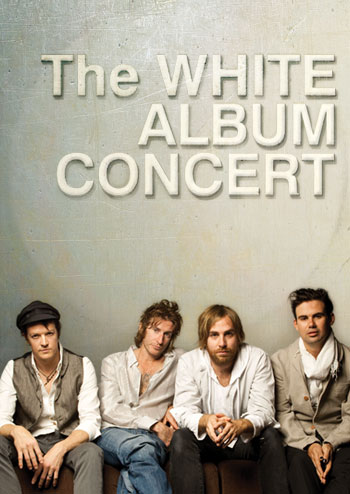