Who is Louis Theroux?

What drove him to join the most brutal Neo-Nazi gang in the USA? How did his moral compass survive the sleazy bedrooms of a Nevada brothel or a club for swinging American suburbanites? Why did he hit New Orleans’ radio airwaves as a wannabe rap god? What scars does he carry from the living hell of Miami’s highest security prison?

This intimate evening with the BBC’s fearless film-maker lifts the lid on his explosive explorations of sex, drugs, death and the universe.

Drawing on footage from Weird Weekends, his eclectic mix of one-off investigations and other encounters with high-profile celebrities and powerbrokers, Theroux has chosen Australia to unpack his extraordinary catalogue of documentaries. Previously unseen footage will take audiences behind the scenes in a premiere two-hour event.

Talking to Australia’s own Julia Zemiro, Theroux explains how he works, how he comes to terms with danger, how he might approach certain encounters differently with the benefit of hindsight, and reveals tantalising footnotes about where some of his subjects find themselves today. 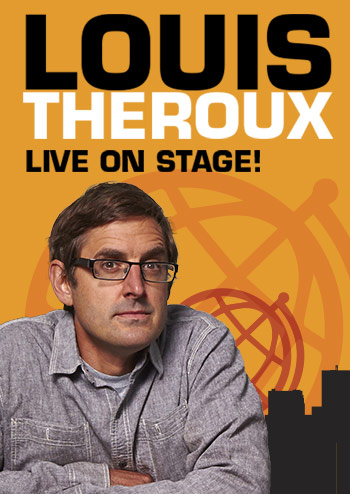