One of the most dramatic songbooks in rock history will explode into life in the hands of some of the worlds finest musicians when the Dire Straits Experience comes together for an exclusive Australian & New Zealand tour.

With the breathtaking skill and showmanship of the original 120-million-selling stadium phenomenon, hear them perform all of the DIRE STRAITS greatest hits including Money for Nothing, Walk of Life, So Far Away, Brothers in Arms, Sultans of Swing, Romeo and Juliet, Tunnel of Love, Telegraph Road, Private Investigations, Twisting By the Pool and more in a two-hour theatre showwith full concert production.

CHRIS WHITE from DIRE STRAITS and TERENCE REIS were founding members of The Straits in 2011, performing a sold-out charity event at Royal Albert Hall to ecstatic acclaim. The popularity of that intended one-off has resulted in tours throughout Europe and the USA and the kind of reviews normally reserved for the most celebrated arena artists of our time.

Don’t miss the show that has relaunched a legend on the world stage for this strictly limited concert tour. 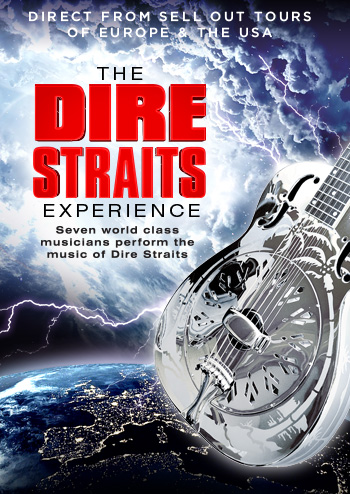