The International Year of the Potato – has been quite a year! Oil passed $100 a barrel, Prime Minister Kevin Rudd apologised to the stolen generation, America elected Barack Obama to the White House, and the stock market crashed harder than a three year-old trike rider on Australia’s Funniest Home Videos. The Hadron Collider didn’t end the world, but the year ends anyway and what better way to put an end to 2008 with a surge of laughter at the Opera House?

An unforgettable comedy gala that affectionately dissects the year’s events from the death of capitalism to the cancellation of Big Brother. Australia’s funniest entertainers get together at the Opera House Concert Hall to guarantee you’ll see out the last days of 2008 laughing. 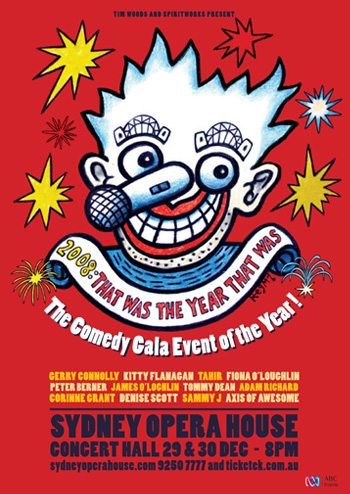